The COVID-19 pandemic has wrought havoc on economies and workers worldwide — but the scale of impacts are highly uncertain and expected to vary widely within and across countries because the pandemic has made traditional face-to-face data collection impossible in most places. According to a recent World Bank report, extreme poverty will increase by between 119 and 124 million persons in 2020, putting at risk the global goal of reducing extreme poverty to 3% of the world’s population by 2030. However, these projections are based on preliminary country GDP estimates, which themselves may be subject to error and revision.

How are the surveys carried out?

To understand how the crisis affects workers, World Bank, in collaboration with national statistics offices, conducted high-frequency phone surveys to understand the impact of COVID-19 on firms and households in dozens of countries. While these surveys are not well-suited for measuring poverty, they collected basic information on various household and individual outcomes.

Key findings from the survey?

Further insights from the survey also showed a stronger correlation when zooming in on non-farm business revenue. Countries with larger falls in GDP growth had a larger share of households reporting declines in non-farm business income. At the same time, countries with larger GDP declines also had larger business revenues reductions as per the separate World Bank firm surveys. This suggests that Sub-Saharan Africa’s GDP figures pick up revenue changes with formal firms and non-farm household businesses, which employ relatively fewer people.

Therefore, GDP figures in Sub-Saharan Africa may not accurately capture revenue changes in agriculture and other informal sectors that many households in the region rely on for their livelihoods. The surveys could only interview households with a phone, and in many countries, the surveys collected information mainly from household heads.

Despite these drawbacks, phone surveys have proven to be a good option when face to face interviews are not feasible. They capture aspects of the informal economy that GDP statistics may miss in low-income settings. This makes them a valuable tool during crises to help governments and donors focus their limited resources on those in most dire need of assistance. 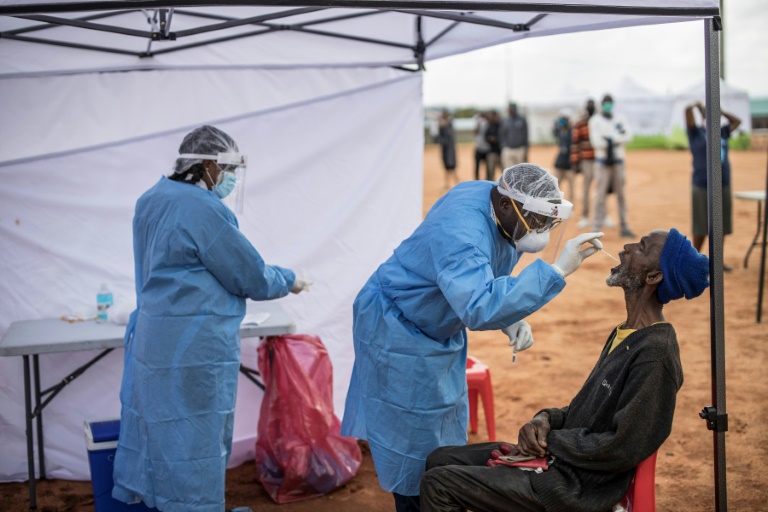