Africans are known for their rich cultural display during special occasions.

In Ghana, funerals are recognised as the final rite of passage for people. When one dies, funerals are held to honour the dead and also finally bid farewell.

At the funeral service of former president Rawlings, everything had a cultural significance.

The clothes people wore, the drumming and dancing, the colour of clothes mourners wore, tributes, and many more depicted the Ghanaian culture from different tribes, particularly, from the Volta region where Rawlings hails.

Below are some photos to show you the rich Ghanaian culture exhibited at the funeral of ex-president Rawlings. 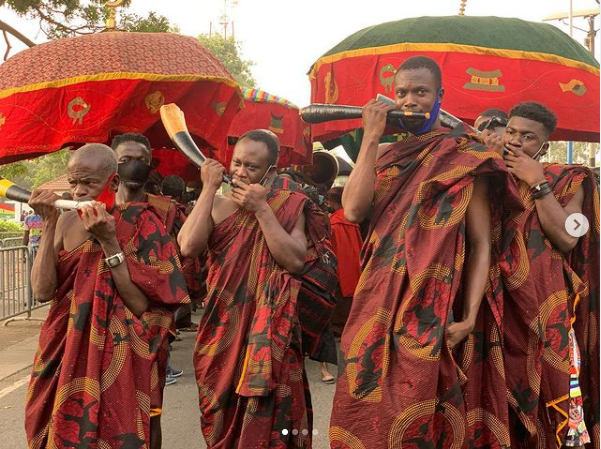