The 27-year-old started with a foul but warmed up and made the jump with his sixth and final attempt.

This makes Zango the first athlete from Burkina Faso to set a world record.

The former indoor world record of 17.92m was set by Teddy Tamgho in 2011. He is currently Zango’s coach. The Burkinabe athlete added 15 centimetres to the previous record, set by his coach, in 2011.

By this record, Zango has set a new personal best which is higher than his previous 17.77m, which was also achieved in an indoor competition last year.

“(Zango) holds the Burkinabe flag high, filling us with pride. I ask him to keep going in preparation for a brilliant performance at the next Olympic Games.”

Meanwhile, Zango, who won bronze in the event at the 2019 World Athletics Championships in Doha, hopes to win his country’s first Olympic medal at the Games in Tokyo later this year.

The current men’s outdoor triple jump world record is 18.29m. It was set by Britain’s Jonathan Edwards in 1995 in Gothenburg. 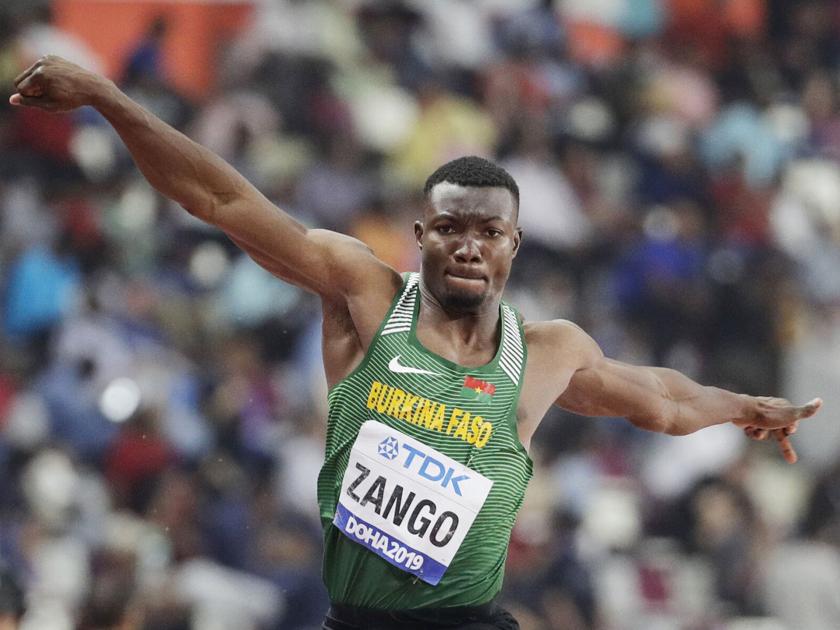