By popular demand, Business Insider Africa is releasing another edition of the “Top 5 African Startups to watch out for in 2021”.

2020 was a very interesting year for African startups, to say the least. Despite the global pandemic and economic uncertainty, Venture Capital investments in Africa continue to maintain an upward trajectory growing by over 400% in the past 5 years.

According to a recent report by Africa Startup Funding Landscape, 280 African startups were involved in more than 350 deals as funding in 2020 increased by 67% compared to funding in the first quarter of 2019. The report also showed that in the first quarter of 2020, African startups raised $336M. This reduced to $153M in the second quarter and increased to$268 in the third quarter.

With approx. $0.8b so far in total funding, 2020 was set to become the most active year as the beginning of the first quarter saw the largest funding received in the last 5 years.

Let’s look at some African startups we think may hold the potential to become unicorns, and boost the economy.

How Were these Startups Selected?

The startups that made it to this article were selected based on their success stories, and venture-backed funding they have raised so far.

mPharma was established in 2013 and is all about providing affordable and safe medicine for Africa. This health startup currently operates in Zambia, Zimbabwe, Ghana, Nigeria, and Kenya. It has had an impressive run in the last couple of years and has fared very well in a business environment dominated by tech startups.

mPharma’s funding record has also been impressive. In January 2019, mPharma raised a $12m Series B, followed by $13m Series C in January 2020, and $17m in May 2020. So far, the startup appears to be growing its distributing network and is gradually building a long chain of pharmaceutical products that have never been seen in Africa.

With a total funding of $55.5m and offices scattered across Africa, mPharma is the #1 startup to follow in 2021.

Chipper is a Fintech startup that went live in 2018 and had just 600,000 users as of 2019 December. The following year, the startup boasted 3 million users and offices in Kenya, South Africa, Rwanda, Tanzania, Nigeria, Uganda, and Ghana.

Founded initially as Chipper Cash, the cross-border fintech startup had a great run in 2020 as it reached a monthly payments value of $100 million, according to CEO Ham Serunjogi.

The startup also raised a $13.8m Series A funding despite the coronavirus pandemic that affected most firms, startups and established firms inclusive. To top it off, Chipper raised $30 million in a Series B funding round led by venture capital firm Ribbit Capital, with the participation of Bezos Expeditions, the personal VC fund of Amazon CEO Jeff Bezos. And the startup is launching a cryptocurrency trading service due to high demand for cryptocurrencies, allowing users to be able to buy and sell cryptocurrencies as well as U.S. stocks, such as Tesla, Apple, and Amazon, through the app.

Sokowatch was launched in 2016 in Kenya, and since coming into the scene, the startup has opened offices in Uganda, Tanzania, and Rwanda. The startup earned the name “Tajir of Africa” and is all about linking small stores to the inventory they need to survive.

Sokowatch is a startup you should watch out for in 2021 as it was able to raise $15m Series A round in February 2020. With this amount raised comes an increase in the scope of services it is offering. Its additional services include analytics, as well as credit services for the smallest businesses in Africa. So far, SokoWatch has raised $18.6m and is expected to have an impressive run in 2021.

Komaza is a tech-enabled, sustainable forestry company that is revolutionising the wood industry in Africa through its innovative smallholder platform that benefits over 2million farmers in Sub-Saharan Africa while doubling existing tree cover across all operating landscapes.

The Kenya-based company has planted over 6 million trees with 25,000 smallholder farmers to date and is well on their way towards their goal of planting one billion trees by 2030 after it secured $28m of the company’s planned $33m Series B equity financing.

Komaza also plans to leverage its Series B funding to:

Away from the sub-Saharan region, Vezeeta, the leading doctor booking platform of the Middle East & North Africa, aims to set the stage for more interest in healthcare funding on the continent.

The startup which currently operates in 50 cities across Egypt, Saudi Arabia, Jordan, and Lebanon raised $40 million in a Series D round and claims to generate 4 million annual appointments which it says are tripling year over year. They plan to use the money to support their growth plans, including rolling out the new digital capabilities of ePharmacy and telehealth across its existing footprint and new markets. 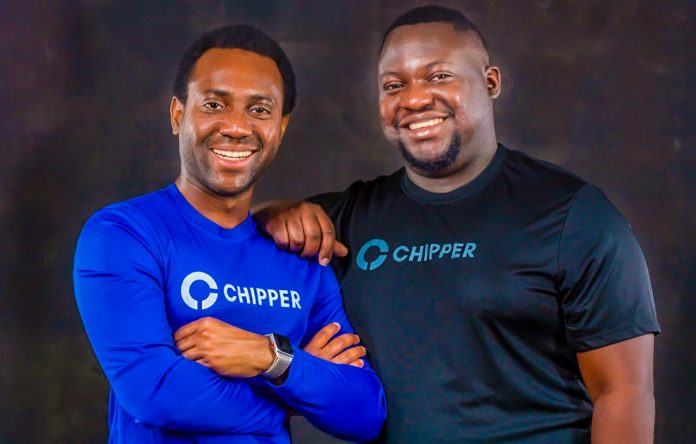