YouTube has produced a new generation of celebrities and influencers that have turned posting videos online into lucrative full-time careers.

Well-known names like Mark Angel comedy, the Ahmed Hassan Family, and Oum Walid have racked up millions of subscribers over the years by uploading videos on YouTube and forming seemingly personal relationships with their fans. From comedians to gamers to vloggers of all kinds, YouTubers have harnessed the video-sharing platform to build their followings and brands from nothing more than a video camera and a reliable internet connection.

To get a closer look into which African stars rule YouTube in their country, we looked at the Accredited Debt Relief’s rankings to see every country’s most popular YouTuber.

Accredited Debt Relief compiled the most popular individual YouTubers’ data in nearly every country in the world using statistical websites Social Blade and Vidooly to find out which YouTuber has the most subscribers.

To calculate each channels earnings, Accredited Debt Relief used Banner Tag to find the average daily views for each channel and estimated how much it was earning using a site called Noxinfluencer, which estimates earnings based on views and subscribers.

Here’s a look at the most popular YouTubers in Africa based on country.

Oum Walid is Algeria’s biggest YouTube channel and the most-subscribed on the continent. This cooking channel promises easy dishes (with controlled amounts!) for beginners and “every woman.” A mysterious pair of hands (the channel’s name means “Walid’s mother”) presents lessons to over 7 million subscribers and potentially rakes in nearly $217,700 in monthly revenue.

Nigerian comedian, scriptwriter, and video producer, Mark Angel is Nigeria’s highest YouTube earner. The Nigerian content creator best known for the Mark Angel Comedy series on YouTube has 6.3million YouTube subscribers and potentially rakes in nearly $326,800 in monthly revenue. Mark Angel Comedy received a plaque from YouTube for having reached one million subscriptions in 2017. He was the first Nigerian-based YouTuber to reach that threshold.

The Ahmed Hassan Family is an Egyptian family famous for their short films, candid discussions, and comedic sketches. Ahmed Hassan launched the YouTube channel in September 2015 and has seen the YouTube channel grow to boast more than 5 million subscribers. His long-time romantic partner is fellow social media influencer Zenap Mohamed, and together they have a daughter, Aileen, who was born in 2019. The YouTube channel potentially rakes in nearly $218,200 in monthly revenue.

Hussein and Zeinab are two talented kids who sing and do funny things and exciting activities. Hussein and Zeinab’s channel is for all ages, and the pair potentially rakes in about $184,700 monthly from YouTube.

The Masaka Kids Africana comprises many African children from the age of 2 and up who have lost one or both parents through the devastation of war, famine, and disease. Their goal is to empower children by mobilising communities and supporting them in education and talents through their charming smiles and delightful African tunes, accompanied by vibrant dance moves. Their YouTube channel has amassed over 1 million subscribers and counting with an estimated $103,600 said to be generated monthly in revenue.

Young Tubers is another channel that provides the best way to balance fun and learning for children using the internet. The YouTube channel is great for parents who want to train their child, show them good manners and new experiments of life as the channel regularly upload videos for all aged children. All videos are in HD quality and English language, and the channel potentially rakes in $63,100 in monthly revenue.

RakGhana is one YouTube channel gaining popularity amongst local audiences in Ghana – and Africa for its authentic and engaging entertaining content. With nearly 500k subscribers, the channel promises to deliver pure comedy to its audience while also raking in an estimated $12,600 in monthly revenue.

Kenyan comedian Henry Desagu is one of the people you can hardly ignore in Africa’s social media space. He is one of the most popular and widely celebrated Kenyan comedians and is well known for his unique comedy style, which he regularly showcases in the videos he uploads online.

He won the YouTube Silver award in 2019 and potentially rakes in $8,800 in monthly revenue form his channel.

Are you considering making your very own jewellery or need help finding inspiration for your next handcraft project, then look no further. This channel is dedicated to the art of making jewellery and other creative crafts with short, simple video tutorials that range from beginner to advanced level. With over 80k subscribers, Shree craft place potentially generates around $11,000 in monthly revenue.

She has won various awards and recognition for her tremendous work of reporting about reproductive health and population issues while amassing over 100k loyal subscribers to her YouTube channel. Her channel potentially generates $2,900 in monthly revenue. 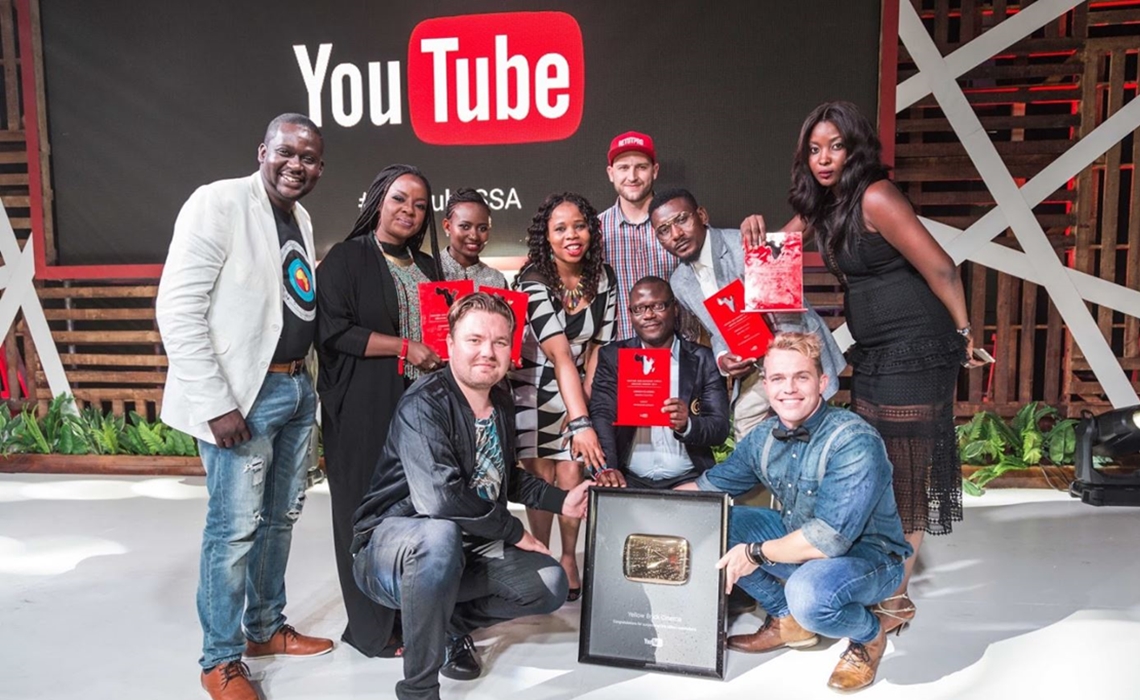