SHOCKED tourists were left fearing for their lives after a raging giraffe charged at their jeep on safari.

Footage shows the giant giraffe sprinting towards a group of tourists at the Masai Mara Game Reserve as they desperately try to get away, their jeep reversing at high speed, creating huge clouds of dust.

At the beginning of the video, the giraffe ran at their truck and came so close to the jeep it almost stepped on it. In the later scenes of the footage, the tourists chuckled and murmured as the giraffe sped towards – and ahead – of the moving truck. Eventually, the driver was able to swerve out of its path successfully, and the giraffe gave up the chase.

Some tourists recorded the ordeal on their phone as they try to escape, one woman can be heard swearing loudly as the giraffe got close. It’s unknown how long the elephant chased them for.

The footage has been circling on social media with many people sarcastically implying that “the giraffe doesn’t look angry at all. It looks so happy!”

One Twitter user, @Celiwe37501649 tweeted that: “But the giraffe doesn’t look angry at all. It looks so happy!”

Another user, @texaspete316, tweeted: “This is what happens when you interfere with nature.”

Although giraffe attacks are relatively rare, with the creatures being well-known as gentle giants, they do happen as they have one of the most vicious kicks in the animal kingdom and can kill a lion with a single hoofed strike. They can also kill with blows from their head or neck. 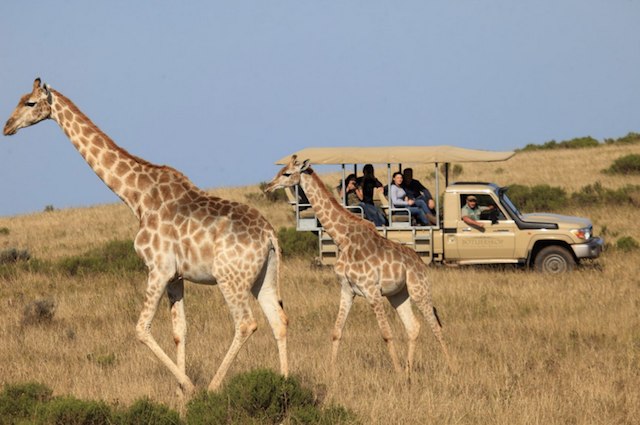